It’s been a bit of a break from Elite, huh? The grind is real friends. Sometimes you need to step away.

We’re still working toward the Corvette and I’m going to kick it into high gear. Money be damned, I’m going to start lobbying ranks with donation missions. At the current place I’m in, I feel like the money grind is a lot easier than ranks. So I’ve found a place that regularly has donation missions and I’m just going to stack the mess out of them. There are also a lot of planetary scan job missions there so I’ll switch it up a little once I get one my extra hangers delivered out there. Splitting between lobbying and the scan missions may bring it closer to breaking even. We’ll see.

Other than that, there’s not much else to report. Hammer Wing has moved back into its usual slumber. It’ll probably kick back up when Beyond releases, we’ll see.

Big changes at home, though! New dining room table that we don’t have room for (since we don’t have a dining room) now houses my battle station. It’s a lot bigger and I don’t have to cramp everything on top of one another to fly. It’s pretty classy looking too. 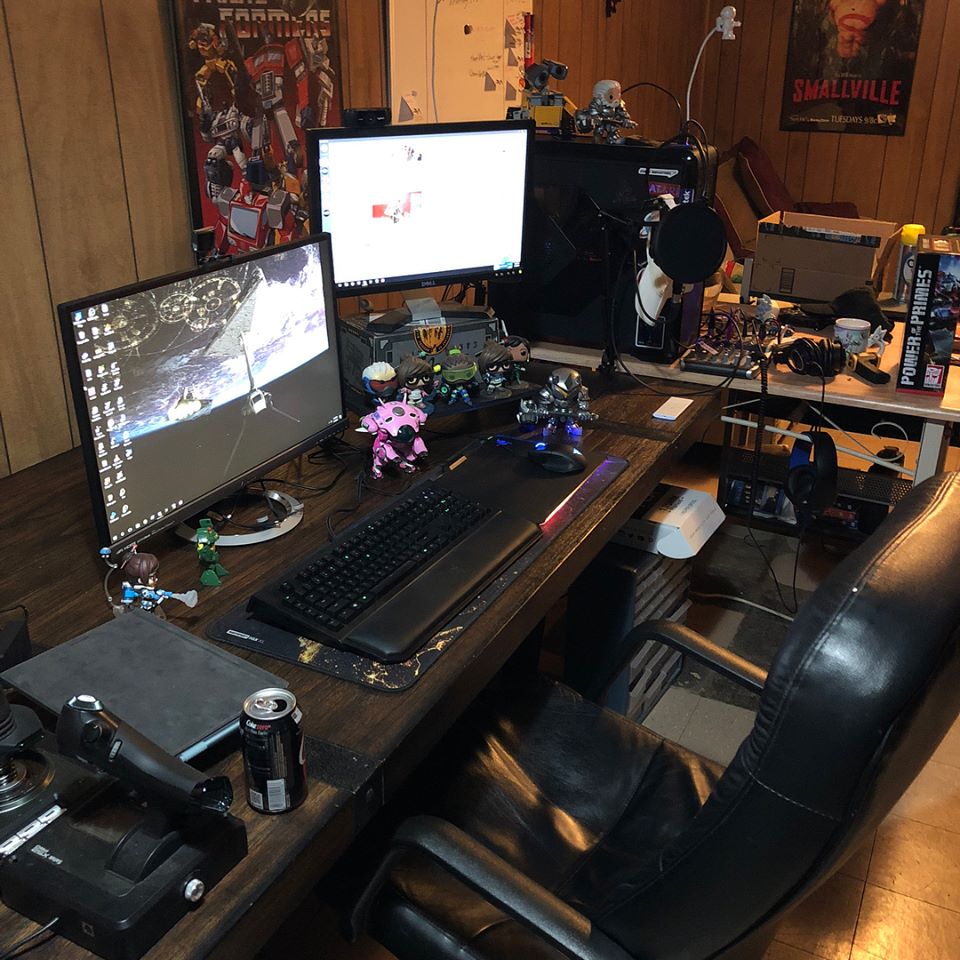 You can’t see it, but behind me and a little to the left is my 3D printer station. That’s a new hobby that I love that’s taken a lot of my gaming time. When I finally get to printing Elite ships…which is only inevitable…I’ll be sure to post them here.