The weekend and the last couple of days have been quiet in Elite. Over the weekend, I got Mistakes Were Made‘s FSD engines engineered by Farseer. 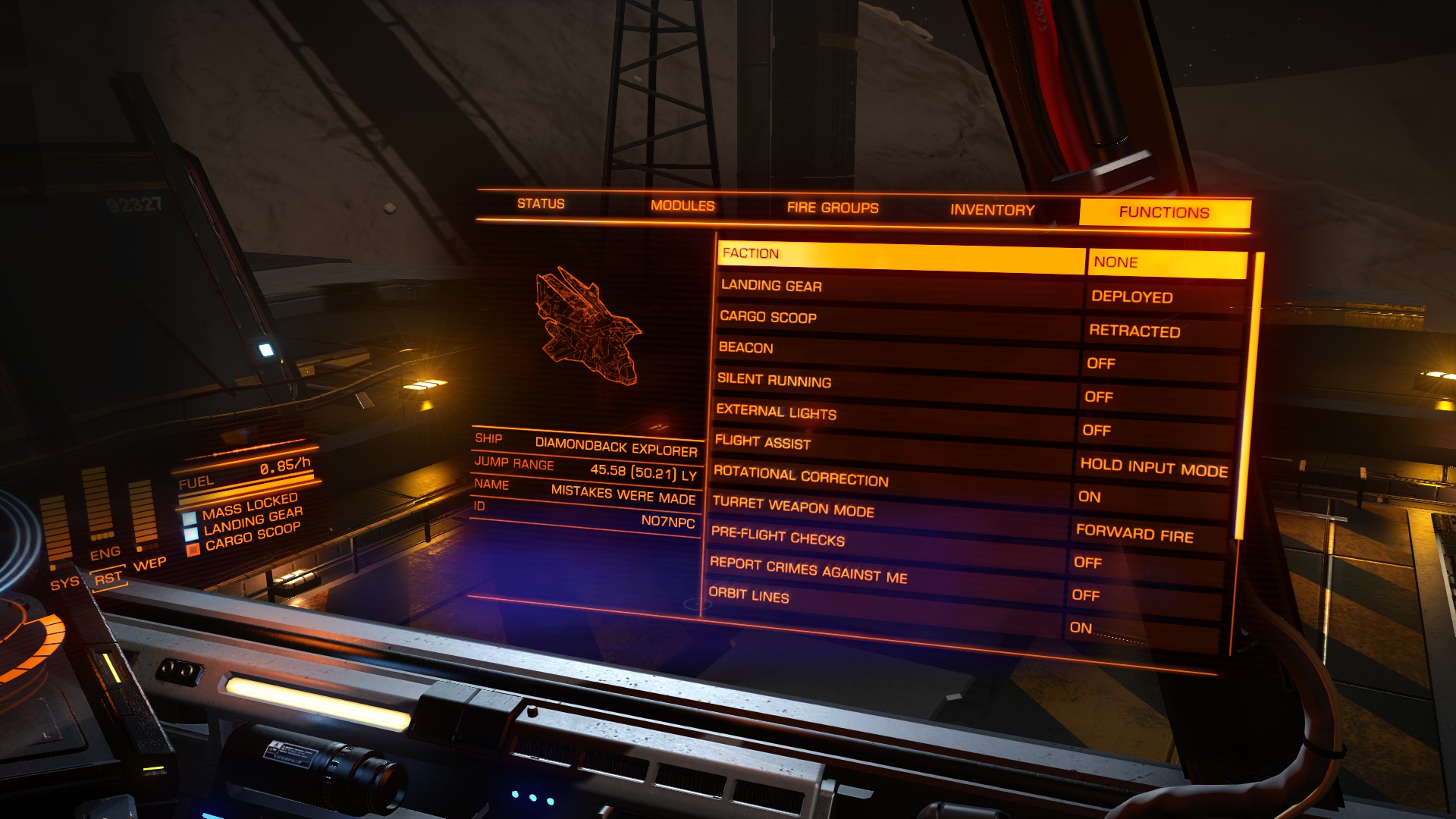 I got greedy and rolled more than I should have. Lost a roll with a higher range before I ran out of components. After the next Navy rank, I might go do some farming. Though it might be fun to use farming as an excuse to to shake down the new ship. So I might hold off on that. After that I hit the missions. I haven’t upped my rank all that much; 20% through Post Commander. But I did raise my credit balance over 400 million. That’s the most I’ve ever had in the game. I think the only other Hammer to have me beat on cash is Gamercow and all that money he’s made from exploring…but he bought a Type 10 a couple of days ago and BLEW IT ALL. I hope I get a chance to so some bounty hunting with him in that thing. It looks like a beast.

I’m not sure how much time I’ll get in the pilot seat this week. Sunday is my local tabletop group’s first session of Starfinder and I’m really jazzed about it. Evenings this week will be spent prepping for that. I’m playing a Shirren pilot. I’m a bug!

The beta starts this Thursday but I’m not sure I’m going to bother with it. I am very much looking forward to the update though. The screenshots of the planet upgrades are really nice looking. It’s going to be really hard to not take a 30+ million credit hit and not get a Chieftain. Video of it in flight looks great. *sigh*