I ended up turning a small profit from an evening of bounty hunting and missions. I was able to complete 7 missions that paid out around 7-9 million in total. Minus some donation missions and minus having to rebuy Untold Fortune…I eeked out a net gain. Inara shows some of the picture at this point but it won’t have the rest of it till I log in again. I need to make a habit of exiting to the main menu and logging back in just to trigger that update. It doesn’t seem to update credit balances on the fly like it does the flight and mission logs.

I figured out a way to get the ship’s module configuration loaded onto Inara without having to enter in each thing manually. I did it for Nothing Gained. I’m thinking there’s something I’m missing in the EDMC setup. To get the data there, I had to tell EDMC to export ship info to a folder. This gives me a txt file that I can copy and paste into Coriolis.io. From there, I can copy and paste and export to Inara.

Seems like that could easily done the same way other stuff gets sent to Inara. I have to be missing something here…

Bounty hunting went pretty well (except for that part where I went out on my own and died). But once we were all together things changed. On the deck where Valthonis, Morluindil, Linefreeze, and Thorby. I managed to pull another wanted status for firing on a wanted ship…that ate up 9 minutes of my life but once I was back in, it was business as usual. I actually took Untold Fortune out for combat last night instead of the Fer-de-Lance. Refit for battle was simple enough; empty all but a high class shield generator from the optional internals. I also swapped the two large, gimbaled multi-cannons for turrets. I’ve never used turrets before. It seemed to go okay. I know on paper they’re weaker, but in a ship that’s not as maneuverable, I think I’m able to do the same amount of damage with the larger firing arc. I’m going to read up some more on using turrets, I think. Just to make sure they’re working like I think they’re working.

Thorby was in the pilot seat once again and we had a photo-shoot! I’m the one on top…

And here’s a picture of Valthonis’s bright ass: 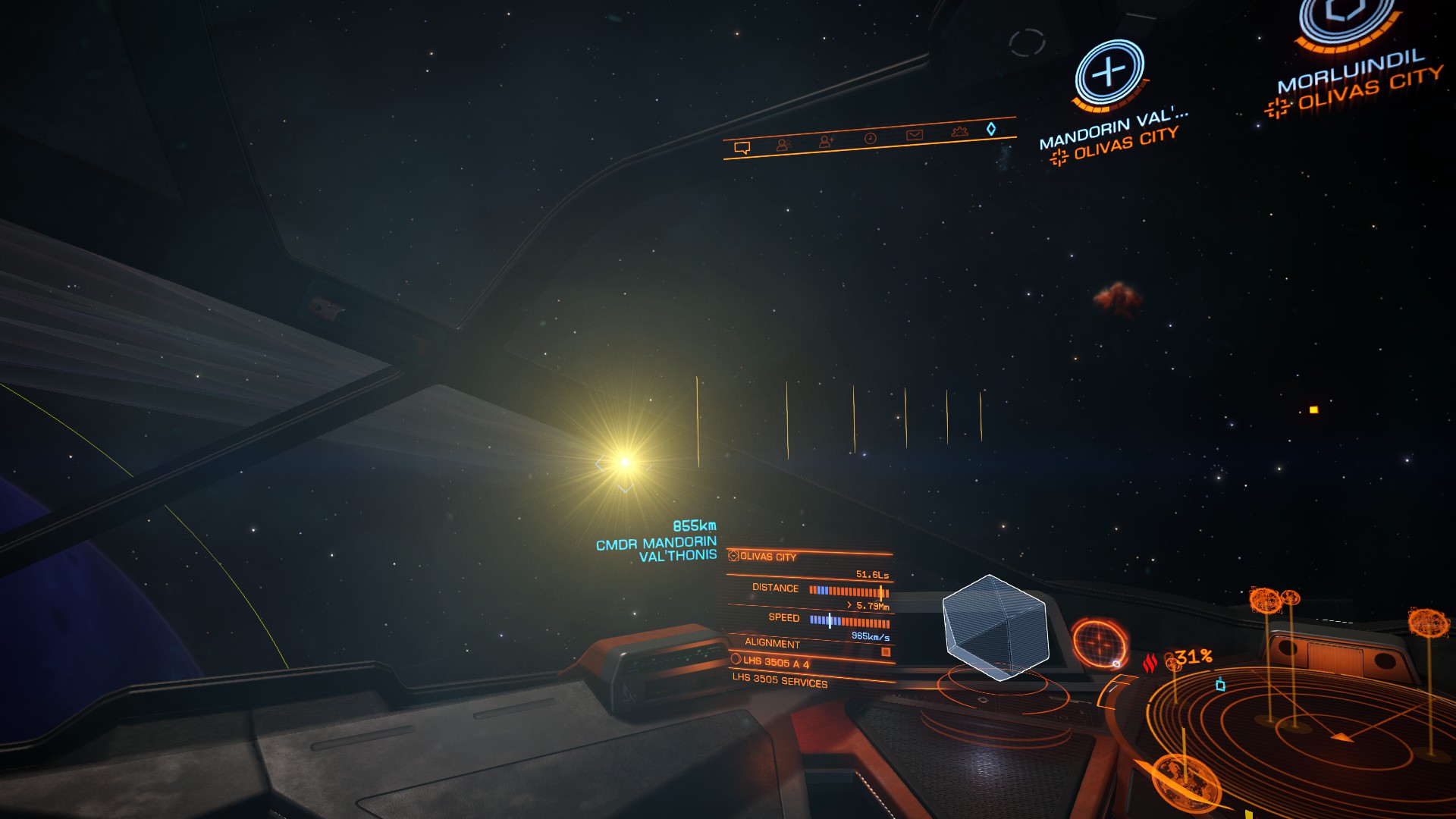