The Commanders update has seen some big quality of life improvements for me but wasn’t without a little panic. Once I changed my graphics settings a bit to let me select systems in the Galaxy Map, I was golden.

The biggest improvement I’ve seen so far, in regards to game-play, are spacial transitions. Both high-wake jumps and the drop from Orbital Cruise are so much faster. I would sit for 2-3 minutes sometimes waiting for the system to load or waiting for the ship to drop into the planet instance. Dropping now is maybe half a second. There’s still a pause, but it’s nothing anymore. It makes planetary delivery/pickup missions much more palatable. Doing something that has 10-15 jumps doesn’t make me groan anymore. Overall, if that’s all we had gotten with the update, I’d be happy.

But we also got ship names (which I mentioned in the last Mission Log) and name plates! Here’s Nothing Ventured and Nothing Gained with their fancy name plate and Ship ID Plates. 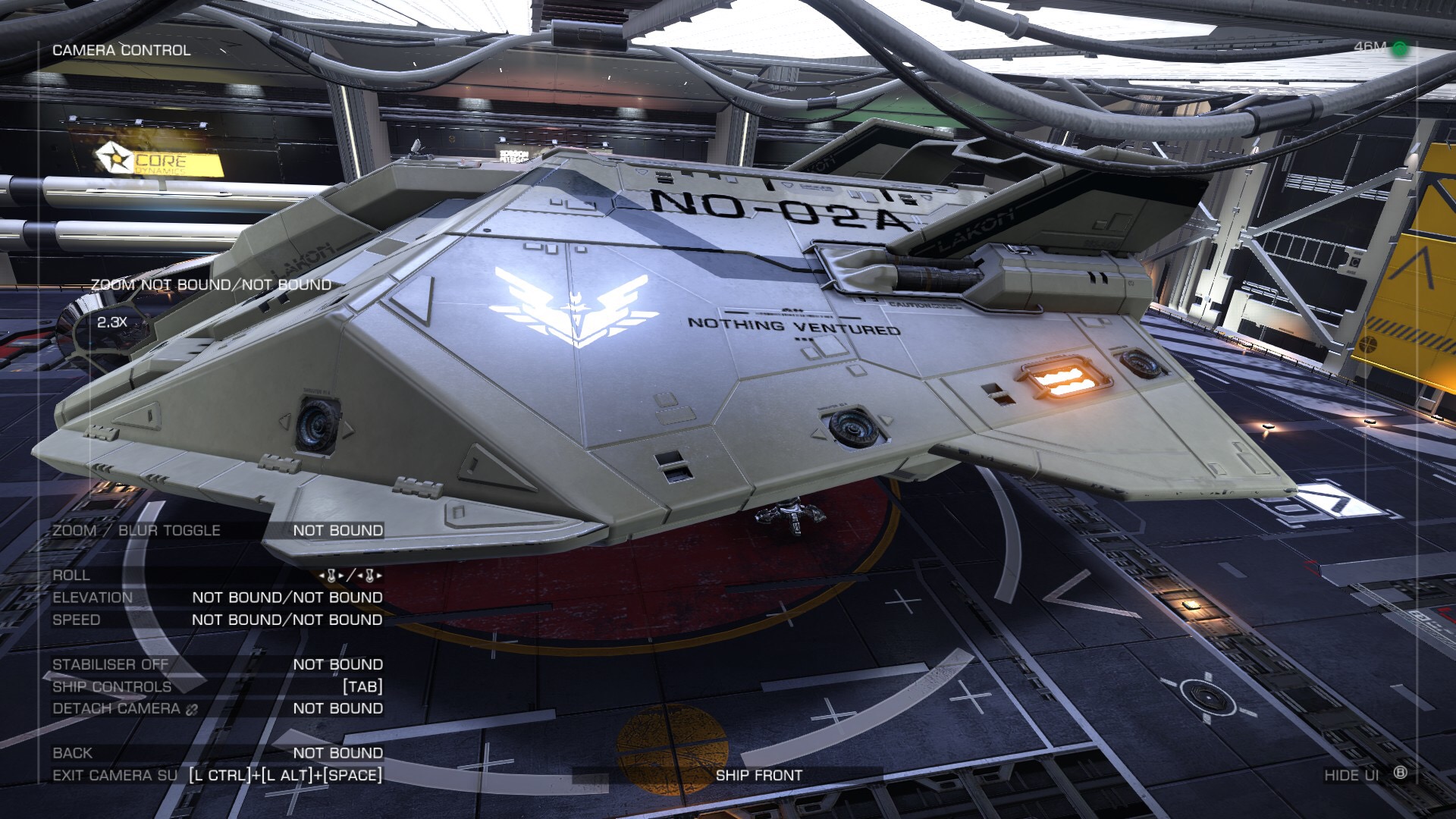 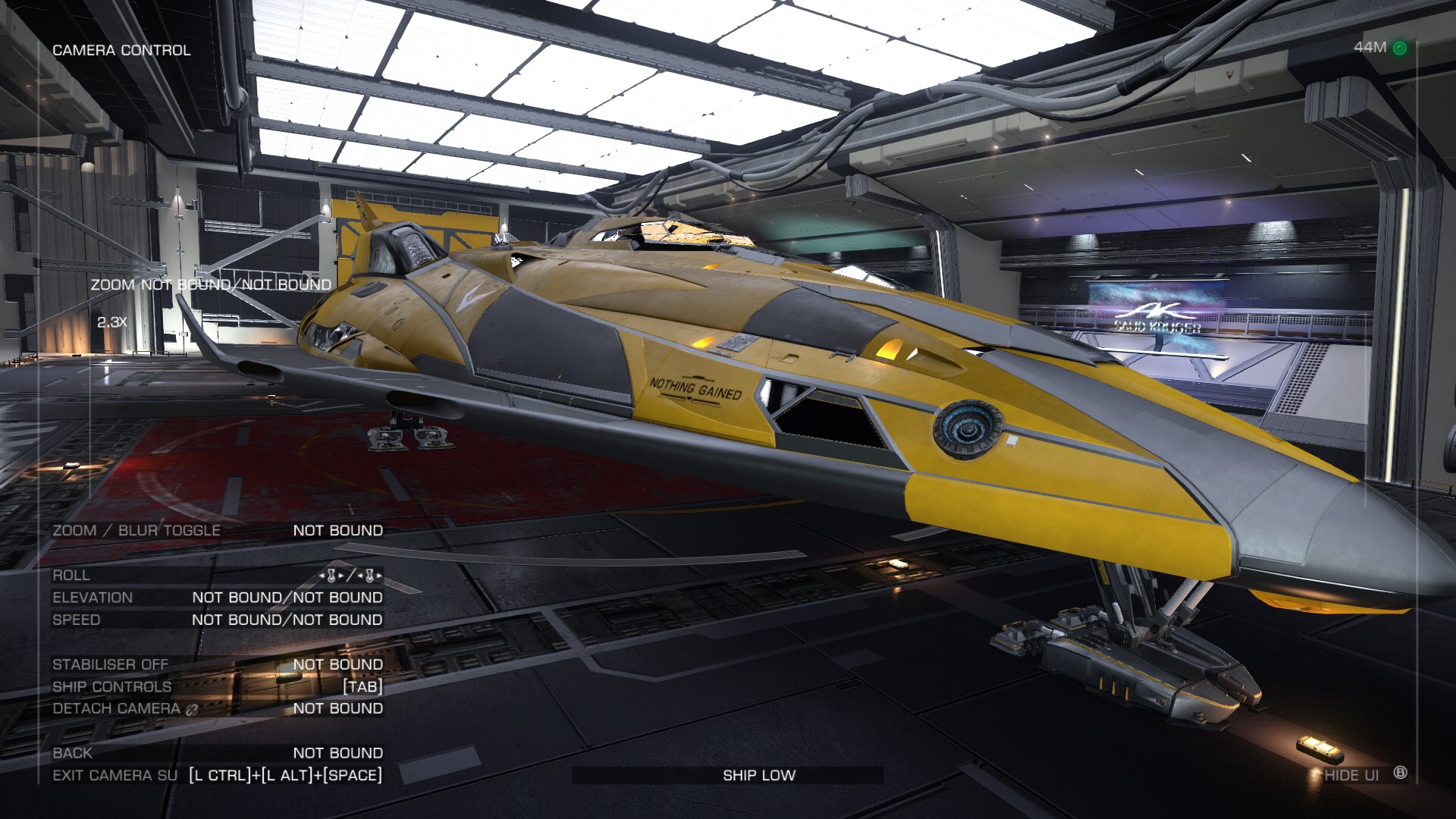 As you can see, I still have a lot of Classified Camera commands to map. There’s a lot going on there….

So far, that’s all I’ve explored with the new update. I haven’t gotten into any dog fights and I haven’t tried muli-crew yet. Other than the nerf to transport mission payouts, there isn’t much more I can report. So let’s get on with where I am.

Like I mentioned above, transport missions (take this cargo here and make money) don’t pay out nearly what they were doing before the update. With my relationship at Olivas City (home base), I could clear 4 million in just a couple of drops without having to fly too far away from home. Passenger missions (take this person out sightseeing or something), however, still payout pretty good. I can grab a 3-4 million contract that only makes me fly 200ish light-years, round trip. So shortly after the update, I refitted the Nothing Ventured for passengers and started making money that way. Also ended up ranking up in the Federal Navy!

After a couple of weeks of that I had gotten my funds up to around 120 million. I set my sights on a delivery Community Goal 400 or so light-years away. I refitted again for cargo and head out there. I maxed the Asp out for cargo and could still only haul 128 tons. That’s the literal max for the Asp. Every single optional competent was the highest class cargo rack for the slot. Which means I was flying without shields. This didn’t worry me too much since it also seems evading interdiction is easier in 2.3. I’d managed to find a good source of materials the CG was asking for only a jump away. So I thought, hey, why not get a freighter and really do this right? So I bought a Type-7 and named her Azure Skies 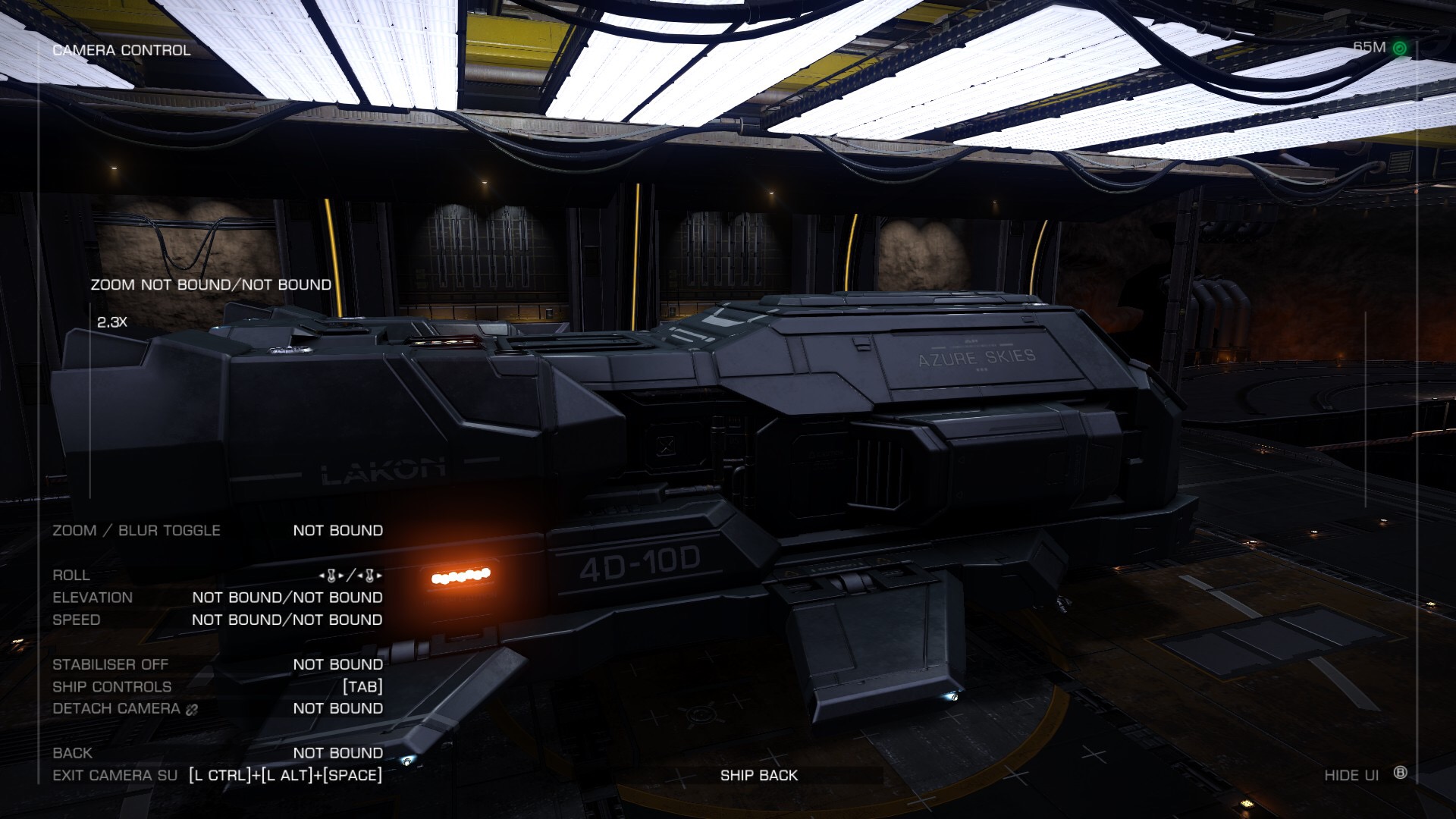 Same deal as before. All cargo. A Type-7 maxed out can haul a portly 304 tons of cargo thanks to its 3 class 6 slots. Unfortunately, we didn’t hit the goal. I think the highest we got before time ran out was tier 5? But with the extra haulage, I was able to get in the Top 10% of all contributors and pull down around 19 million. Which nearly paid for the Type-7 flat out.

I also got to see a capital ship up close for the first time. Those things are huge! 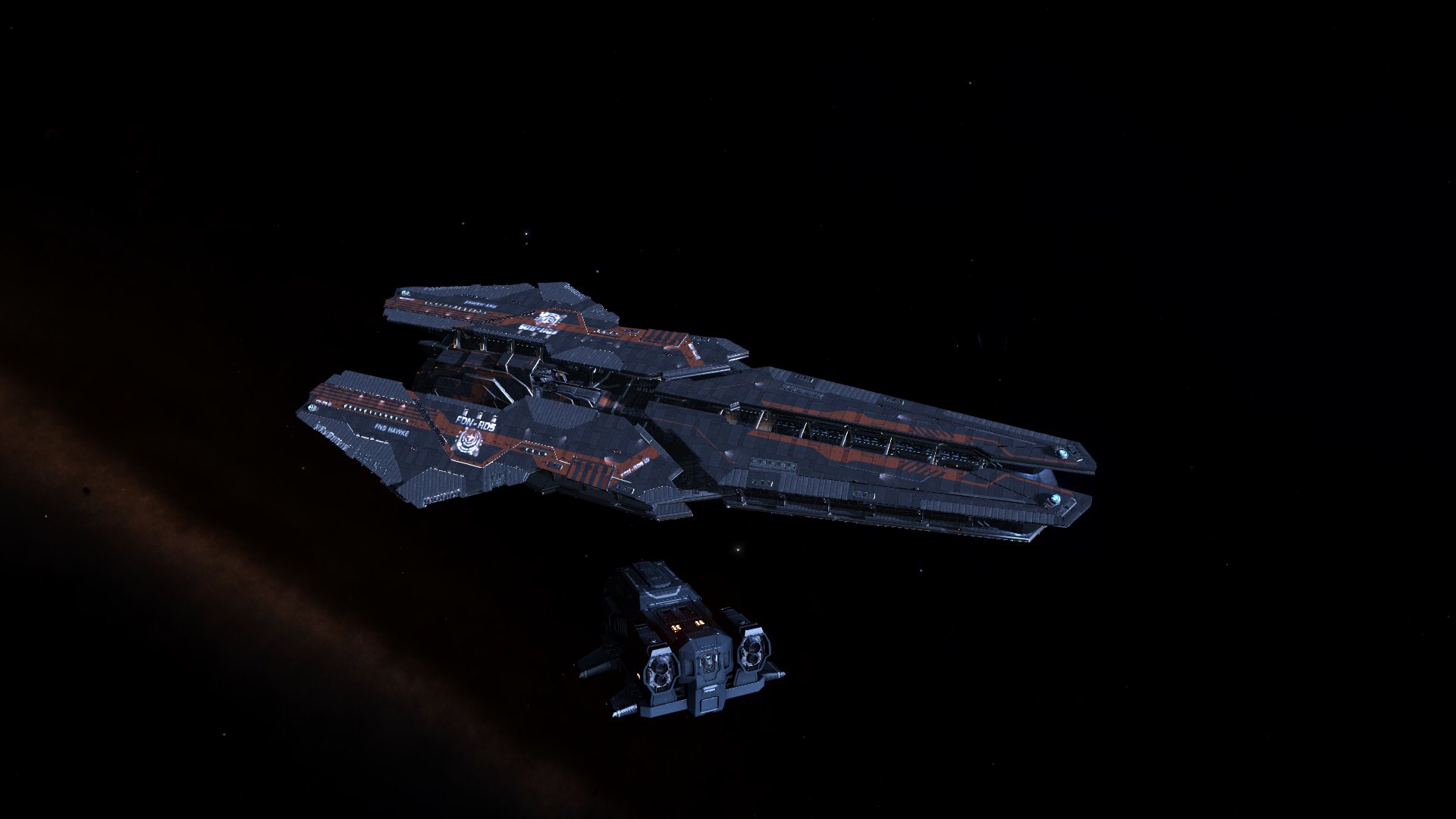 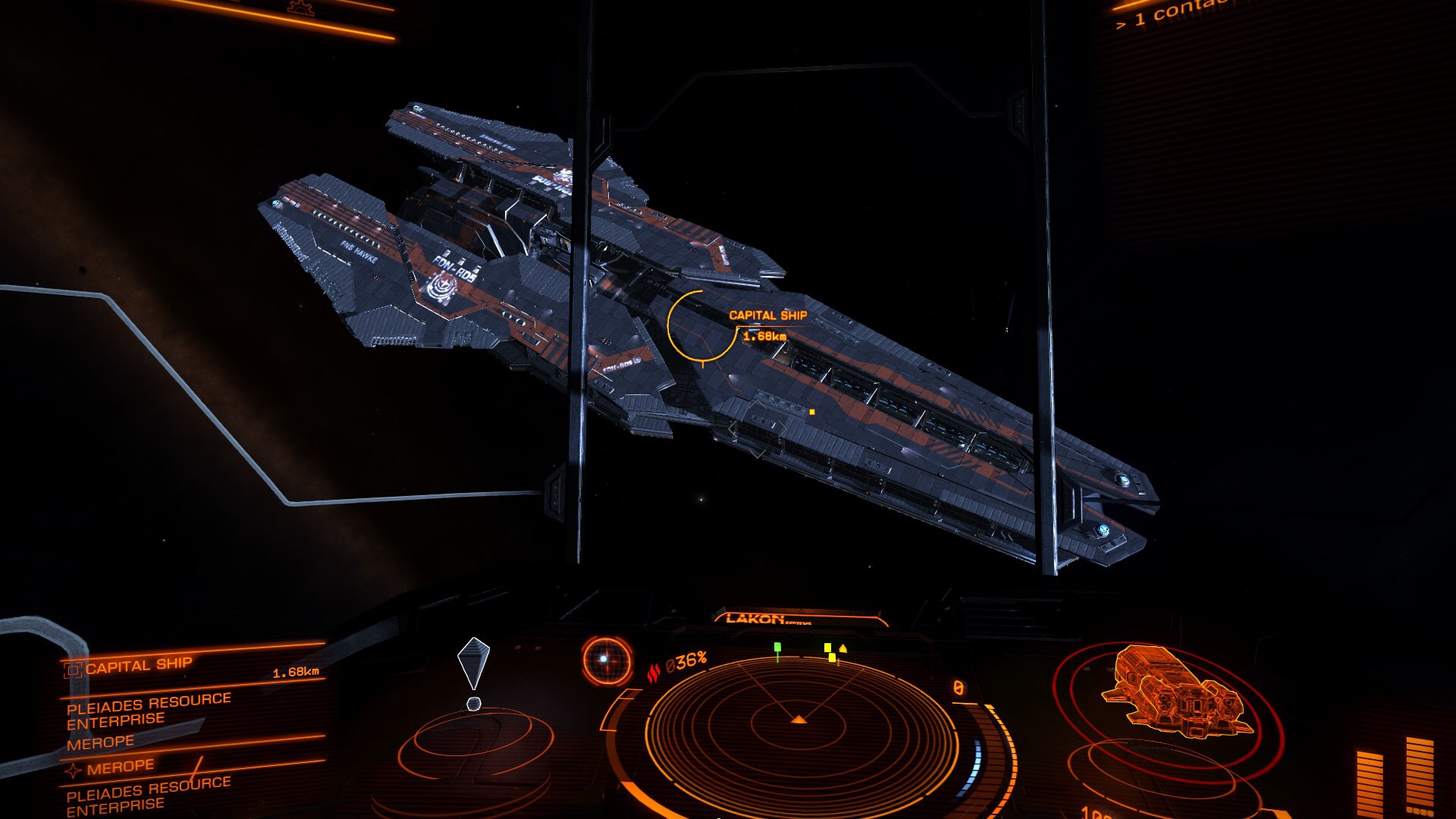 Right after that CG ended, another one spun up. And it was pretty close to home! I swapped back to the Nothing Ventured to get back home since there was no station near my current location that sold a better Frame-Shift Drive for Azure Skies. Without a better FSD, my jump range would have prohibited me from getting back to Olivas.

Back home, I transferred the Type-7 to the station and through a better FSD in there and set out for the new CG. Again, I found a system with a commodity they were wanting right next door. And both stations were really close to the primary. So my ability to get a lot delivered for this one was going to be pretty huge. I rolled up to the station asking for supplied with 302 tons of Hydrogen Fuel only to be turned around because the destination was an outpost and didn’t have a large landing pad. This isn’t the first or second time this has happened to me…I just never remember to check before setting out.

I was more than a little disappointed. In the Asp, I’d only be able to move a third of was I could do in the Type-7. A quick search told me the ship that could carry the most and still land on a medium sized pad was a Python. I’d always entertained the idea of getting a Python before. But with Nothing Ventured and Nothing Gained as my multi-purpose and fighter, I’d pretty much settled on just staying with those until I finally can get in the Corvette. Plus a stock Python is 56 million. That’s a big investment for just a community goal. Especially if the payout is only around 20 million. 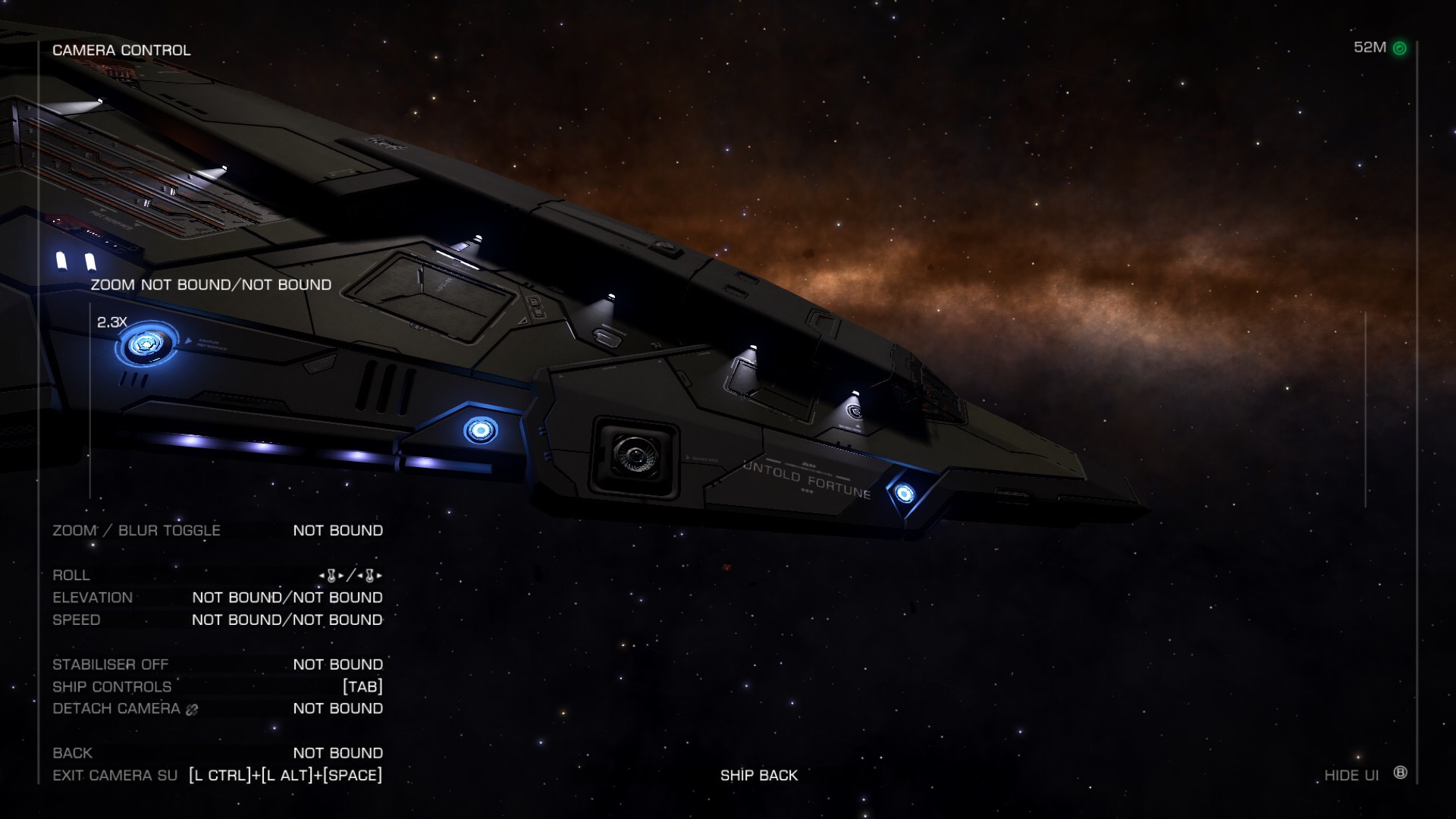 Selling the Type-7 made the stock cost around 41 million. And I was able to re-use the FSD I’d bought for it in the Python so my jump range is usable. With the newly christened Untold Fortune stripped down for only cargo, I can haul 290 tons. Which…I mean…that ain’t nothing. They Python is also faster and can show some teeth if need be.

So I’m below 100 million again. But that’s not too bad. I can make it back. And I still have plenty of time to do that because I still have an ungodly amount of ranking to do before they’ll even let me buy a Corvette.