I’m finding myself at a point in time where I have too much I want to accomplish. I want to start checking into the Engineers stuff but I also want to try my hand at rare trading. A guild mate pointed to me to this handy worksheet to layout rare trading. I figured with my bank account a little light from buying the Fer-de-Lance, I’d try the rares first.

I re-kit my Asp for cargo. Managed to squeeze 116 tons of capacity in there after downgrading some other components.

I’d gotten to Stop 5 in Uszaa before I stopped. I saw some cool stuff along the way. 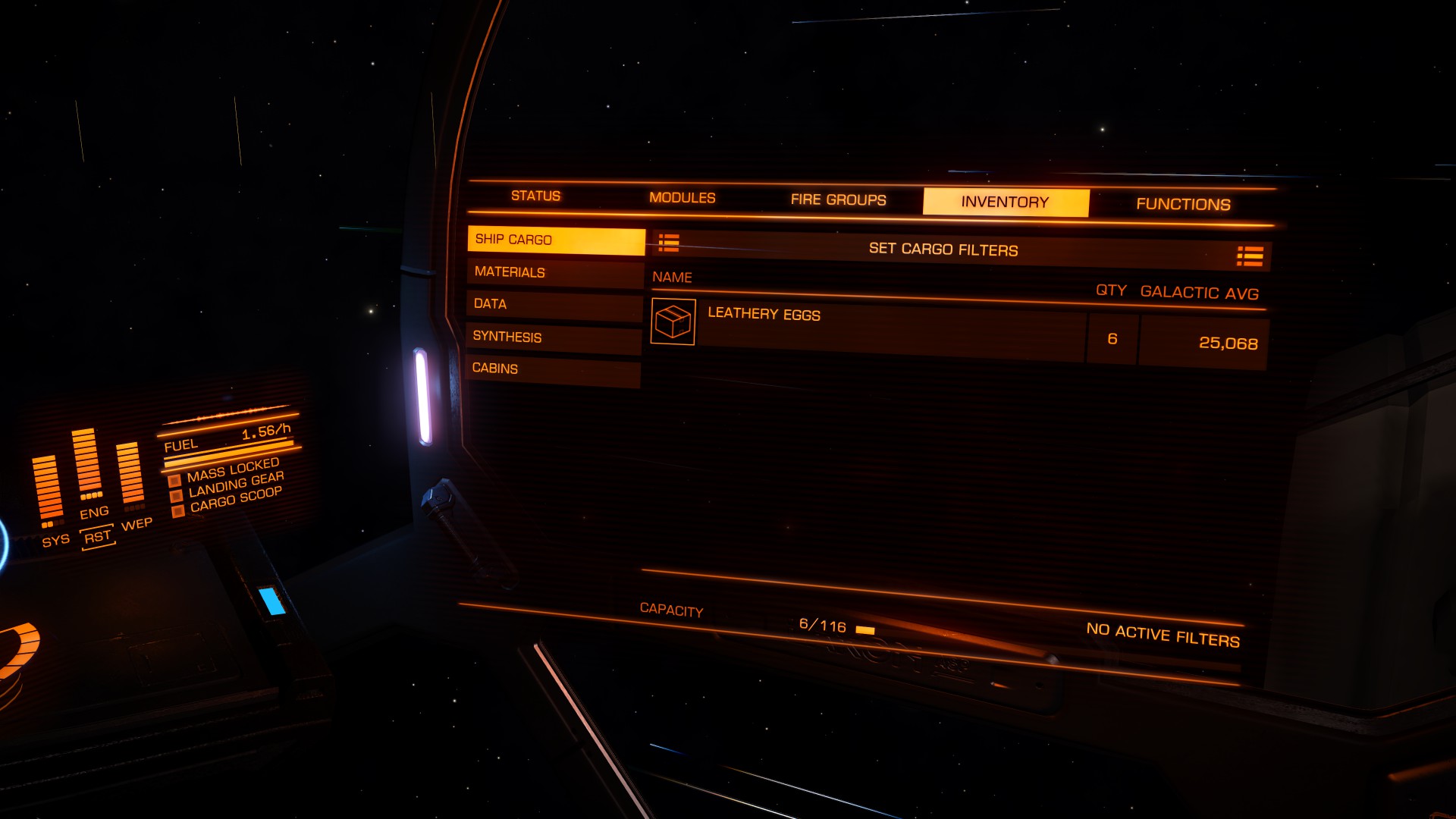 I didn’t stop because I was bored with it, though. And after 5 stops I had already turned a profit.

I stopped because a couple of friends of mine started playing. So I wanted to travel back to the starting area to help them make some money and get better ships. So that might be what I’m doing for the next couple of weeks. It’ll be fun to run around with friends again. Hammer Wing hasn’t formed up in quite a while.

Hope this new year is good to you! Fly safe, CMDRs.