I was going to roll up last nights activities into tonight’s and write a bigger post for Wednesday or Thursday, but a first happened last night! 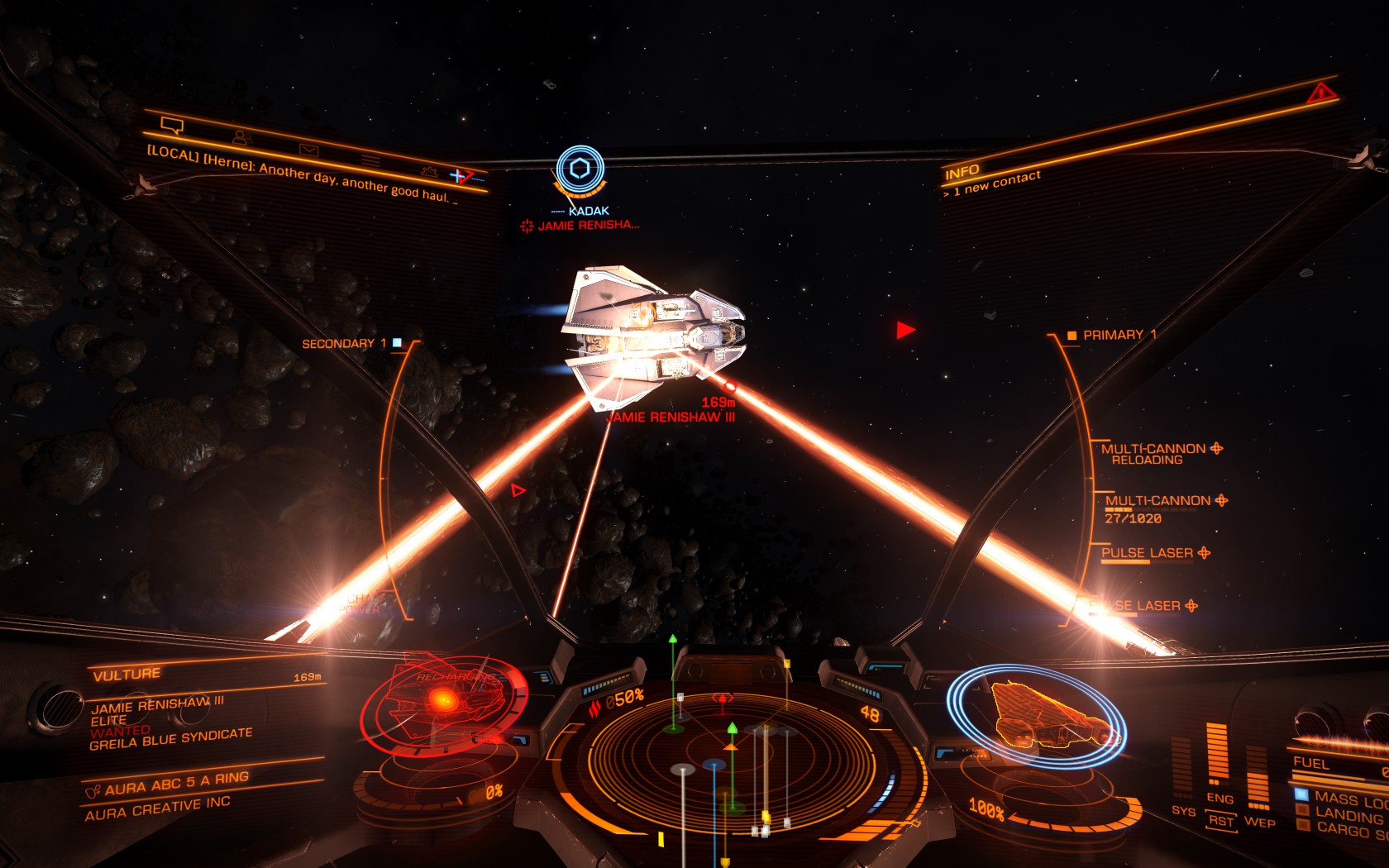 I had been online for about 45 minutes and racked up a goodly sum of bounties to redeem when I got the message. It was a sound I’d never heard before and I was in the Galaxy map when it happened so it was kind of weird. In the bounty hunting I’ve done over the last few days, I’ve collected nearly half a million in credits that can only be redeemed in Empire controlled territory. I’m still in Aura, so I was looking in the map for the closest Imperial outpost.

CMDR Kadak is a real life friend of mine and we go way back. He’s pretty new to Elite so I dropped my plans of traveling for the night and we went hunting in a wing. We have some work to do to figure out how to enter in and drop out of Supercruise together but we eventually made it to the hunting grounds.

We started at Aura’s Nav Beacon but then moved on to a Resource Extraction Site. the RES, while a bit of a longer haul, has proven to be the most profitable. Kadak and I pulled in a good bit of money for a half hour of work.

Since I’ve been hunting in this system, there has always been a sizable contingent of local law enforcement NPCs that have been in the area. They usually help me get around some of my rules…like taking on an Anaconda alone, since they often end up the target instead of me.

With Kadak flying with me, most of my rules went out the window.

Flying with a pal was a lot of fun and it changes the dynamic of the game a good bit. I’m excited to do more of it!

Here’s Kadak trying to dock on pad 36 while I’m giving him shit over not sticking the landing the first time: