Made my way to LHS 3447 the other night in hopes to meet up with a friend and fly around space with more than just myself this weekend. LHS 3447 is BORING…

There’s nothing there! And everything that is there is so far away from everything else! 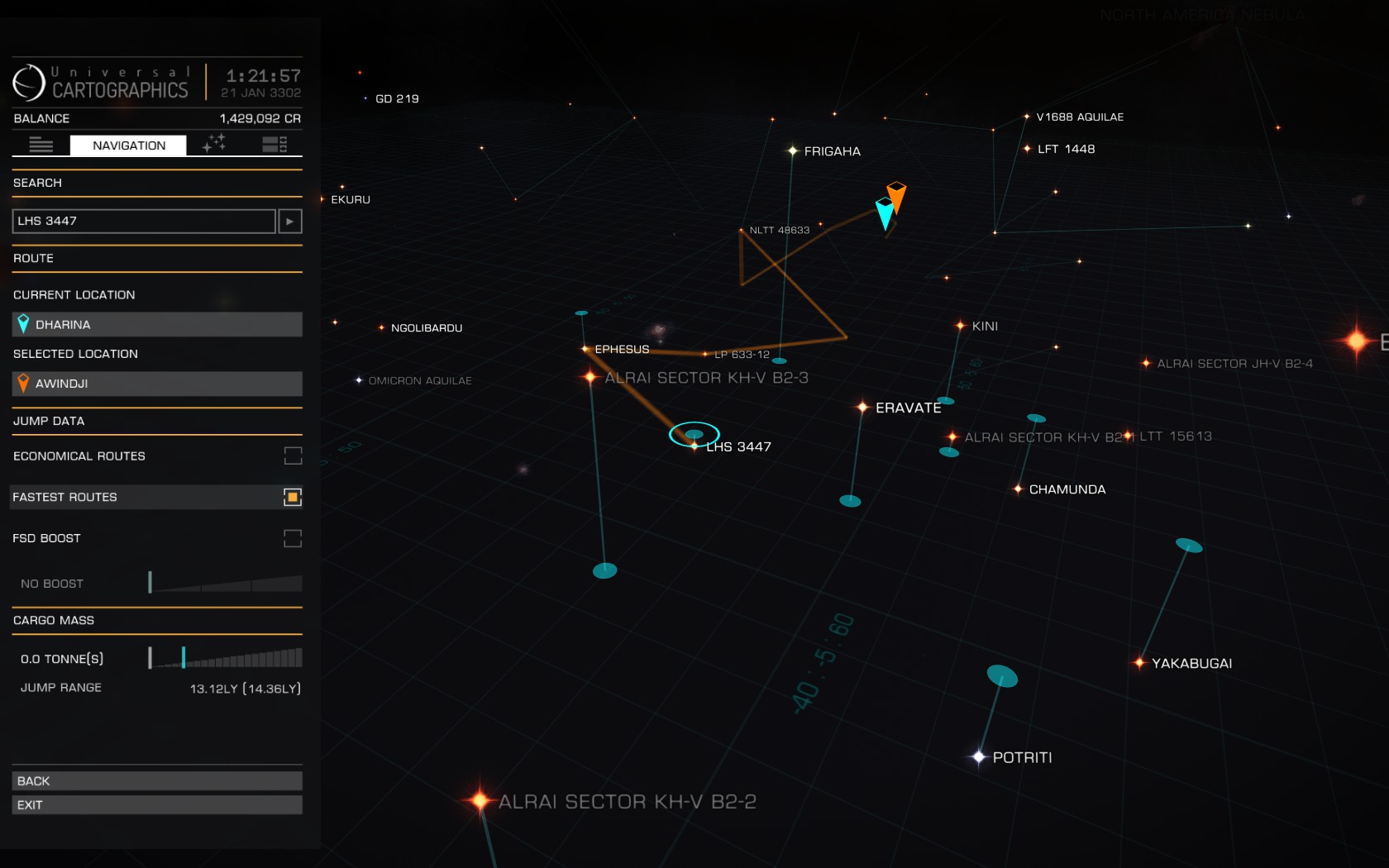 It had been a while since I’d been back to this sector. For most, this is the starting sector when you get your first Sidewinder. I’d seen some posts that other folks started elsewhere, but this one was the most common. So I figured it’s best to meet the guy here since he’s not that far into starting the game.

There’s not much I could find to do in the system. There’s a nav beacon for bounty hunting but it’s so far away from most of the stations it’s annoying…I might check it out and see if there’s anything there worth shooting. Someone mentioned I need to hit up Aura. Never heard of that system before but they said there’s a lot of money to be made working for the Federation.

I haven’t done a lot…or anything really…regarding the powerplay aspect of the game so I’m pretty well unaligned I think. I’m not really sure where I’d begin with that.