Spent some time in the cockpit last night collecting bounties. Didn’t make a whole bunch of money. I’m thinking of heading back to where I started. I earned good money in the Freng system. I’m not sure where I am anymore….

I’ve also got around 30k in unclaimed bounties sitting in my transaction log. I’d have go to a station controlled by the Empire and one other power to collect. Which brings up something I haven’t explored yet, the Powerplay system. There are powerful folk in the universe and they hold territories that change in size all the time. At this point, I don’t think I’m aligned with anyone. I might be…I’m not sure how to tell. The key to this is the higher your standing with the local power, the better payout for missions. Which isn’t really my concern right now, as most of my income is driven by random bounty encounters. Like this one:

Didn’t end well for him…

This was also the first time I tried out open play (where other PCs are int he same universe and interact with you). I was pretty nervous about griefing but never ran into anyone other than NPCs.

After last night’s activities, I’m at 1,499,322 in funds. My highest point I think has been 2 mil. But that was from selling off all the components I bought for my Type-6 in getting ready to buy the Viper. To date, the quickest I’ve made money is bounty hunting in my Eagle. 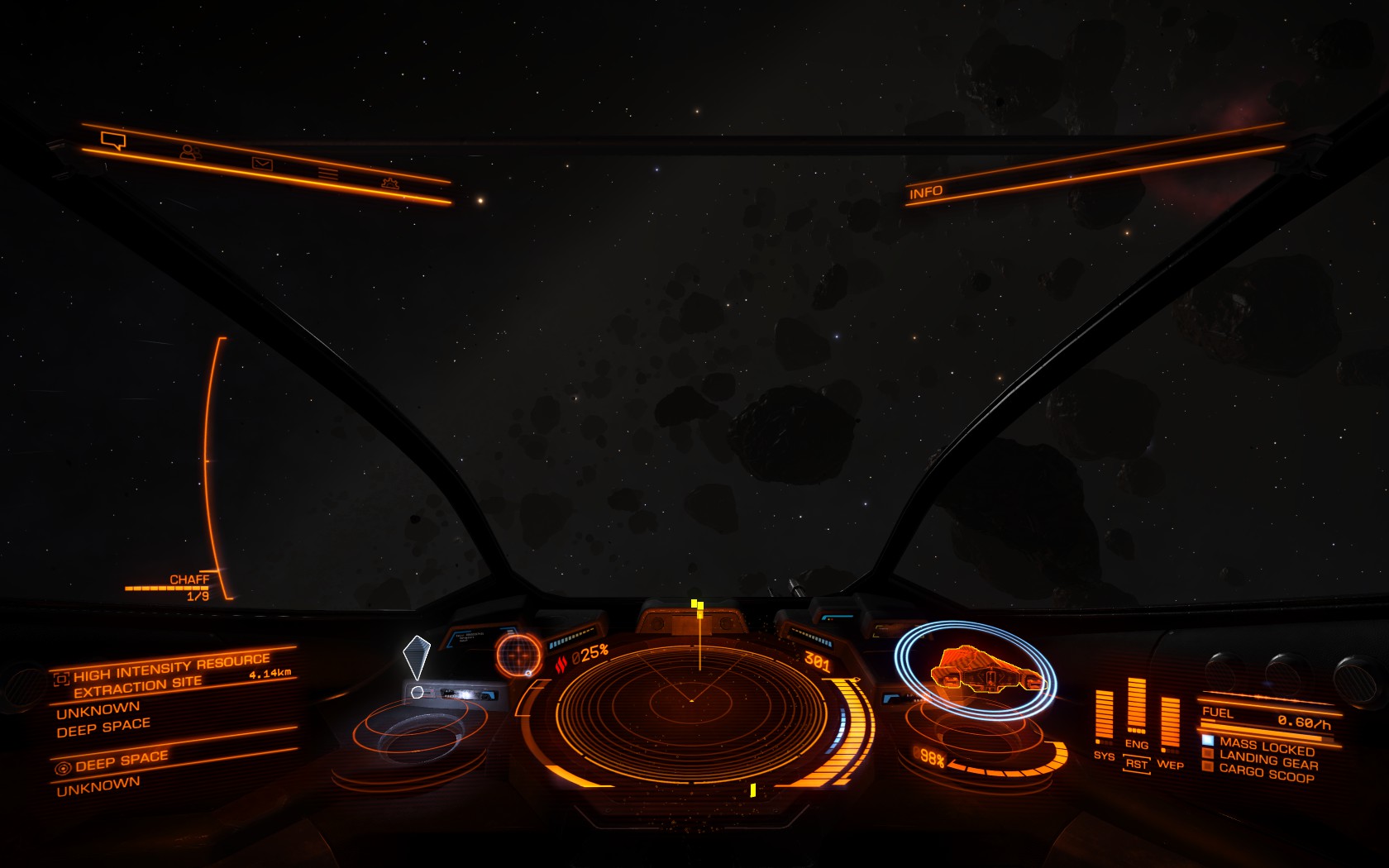